The Venture Challenge is nominated for the EEPA Awards!

GREAT NEWS! Just now the national preliminary round of the annual European Enterprise Promotion Awards (EEPA Awards) took place. The EEPA Awards recognise organisations and initiatives that promote entrepreneurship in an engaging way. We are proud to announce that the Venture Challenge (VC) was chosen as one of the 2 winners!

So what awaits us now?

The European winners are announced by the jury at the Awards ceremony. This takes place every year in November during the European SME Assembly, in the country that is presiding over the European Union at that time.

The impact that the Venture Challenge has on startups is huge. Hopefully we can inspire other countries with its succes as well!

Want to know more about the EEPA Awards? Take a look at the website of RVO. 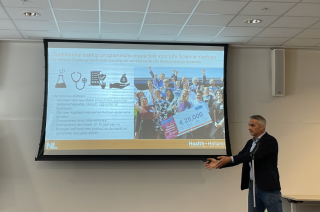