The lifesciences@work Venture Challenge has won the European Enterprise Promotion Award 2022 (EEPA) in the category ‘Improving the Business Environment and Supporting the Digital Transition’. We - Chrétien Herben and Simone Hermans - were invited to the EEPA finals in Prague after winning the National EEPA round in June of this year.

If you ended up reading this article, you have probably heard of the Venture Challenge before. For those of you that haven’t: The Venture Challenge is a 10 week crash course for aspiring or starting entrepreneurs in Life Sciences. The program is tailored for entrepreneurial scientists in pharma, MedTech, diagnostics and enabling technologies. The Venture Challenge runs in the spring and fall and each edition, 5 or 6 teams are selected to participate. The goal of the Venture Challenge is to build a viable business case. To this end, participants get challenged by experienced business coaches, experts in the field and seasoned entrepreneurs. With a lot of training, participants find out if their idea is a good base for building a company. They learn what their target market looks like, what their position in that market could be and which competitors are out there. They also learn what the next steps should be to prove that their idea actually works, is safe and is approved by regulators later on. To do all this, teams get submerged into the world of entrepreneurship by going through two separate 3-day ‘bootcamp-sessions’ with weekly coaching sessions in between. After building the business case, participants learn how to pitch their idea and plans. During the finals, they pitch for a room full of investors. A winner is chosen by an expert jury and shortly afterwards the winner is announced at a life sciences conference. Cherry on the pie is that the winning team takes home 25.000 euro to put into their new company.

The Venture Challenge was created by Math Kohnen and Chrétien Herben in 2008 and to that end they founded GameChanger Challenge. Since then, over 150 teams have participated. Most teams founded a company within a year after participation and together, these companies have raised over 800 million euro in investment. Today there are multiple products on the market that help patients, physicians or drug developers.

Back to the EEPA awards. This annual prize is awarded to initiatives that help (to promote) small and medium enterprises. There are so many great European initiatives out there. This year alone 186 European initiatives from 26 different countries applied. 6 different categories were defined. The award ceremony took place in Prague during the SME-Assembly. The SME assembly is a yearly 3-day conference for policy makers, SME supporting organizations and SMEs. During this assembly the topics were focused on sustainability, resilience, and the digital transition. We hope that European and national policy makers will continue to work hard to support entrepreneurs. 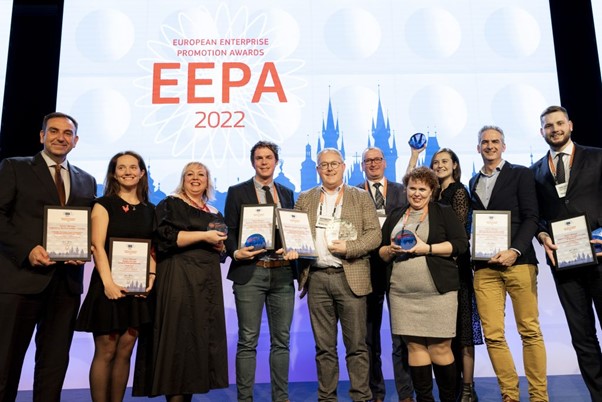 All EEPA award winners. Learn who they are.

The Venture Challenge is a joint effort and primarily an instrument of the Dutch ministry of Economic Affairs and Climate Policy, under the umbrella of Health-Holland. NWO takes care of applications and the selection of participants. Without our sponsors Loyens and Loeff and Pivot Park, who are always happy to invite the Venture Challenge to their offices, we wouldn’t be able to offer a 25.000 euro prize. 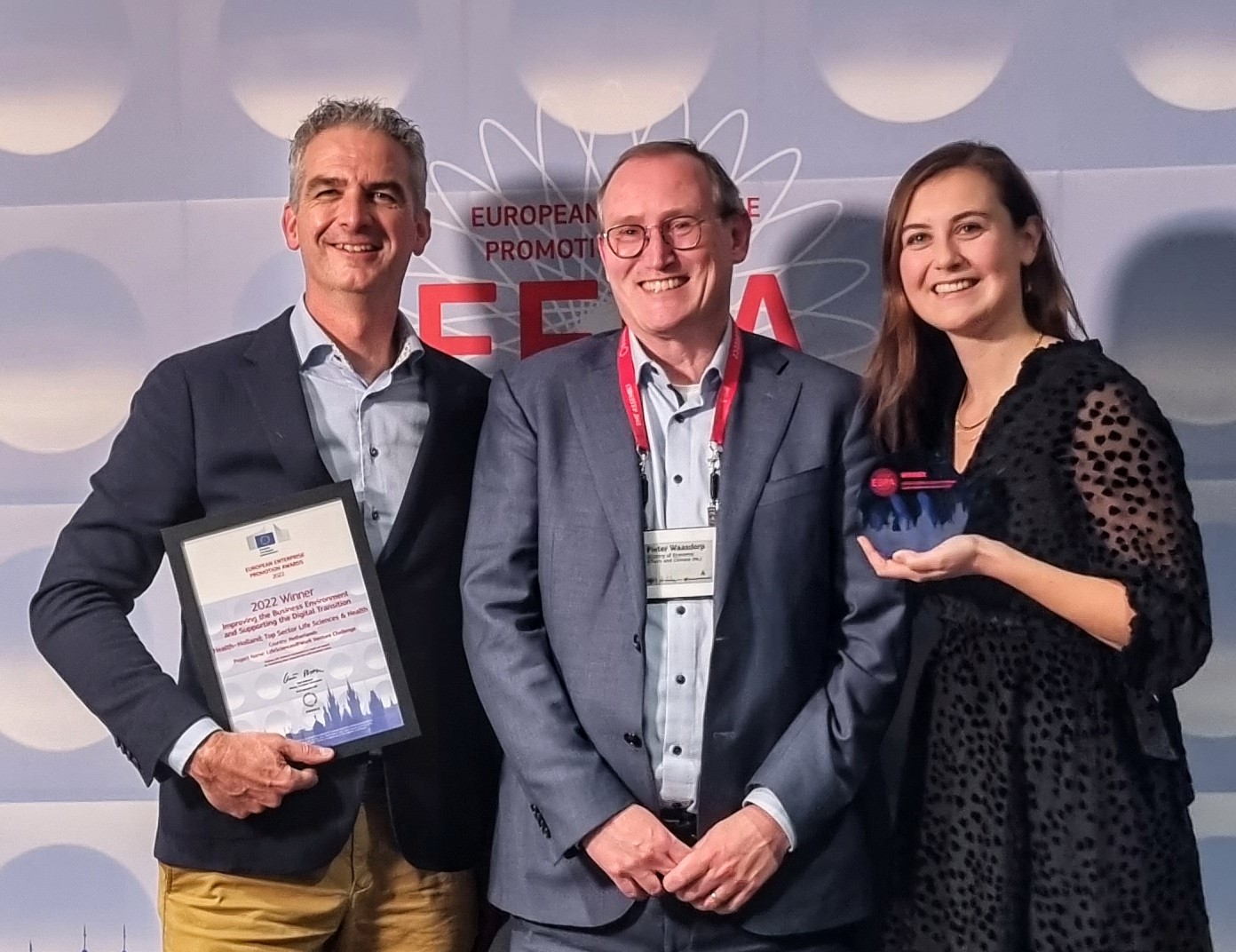 We would like to thank the Dutch Universities and specifically their Tech Transfer Offices for helping entrepreneurial scientists in their journey to starting their own business. We often see University Business Developers in participating start-up teams. That support is greatly needed and appreciated.

Investors, local and international, thank you for your loyalty in coming to the Venture Challenge finals twice per year and your trust in our start-up teams. Without you, we wouldn’t be able to introduce the teams to the world of investment, which they need to take their invention to the next step and closer to the market.

Winning the EEPA award gives a boost to keep up the good work with the Venture Challenge. We hope that with this international recognition it becomes clear that this instrument is something we should keep going!

The focused reader will know that the Venture Challenge and with that lifesciences@work celebrates its 15 year anniversary. We would like to invite all stakeholders and alumni to a festive gathering in June 2023. Stay tuned for more information. 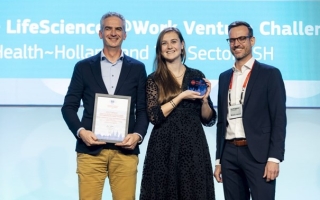