Cardiac arrhythmias occur in 2 – 5% of the general population with atrial fibrillation (AF) being the most common. Over 45 million people worldwide suffer from AF alone and current treatment (e.g. ablation, anticoagulant therapy) is suboptimal and does not address the root cause of the disease itself. Antiarrhythmics previously being developed for AF failed at late stages of development due to lack of efficacy. One of the main reasons driving this outcome has been the use of animal models, which do not recapitulate the molecular and electrical features of the human heart.

At Anya Biotech, our mission is to develop effective therapies for AF as well as other cardiac arrhythmias. To achieve this goal, we will use human induced pluripotent stem cell-derived cardiac models developed using proprietary cell differentiation and tissue engineering strategies. Extensive characterization and validation studies have confirmed that our models recapitulate salient features of native human cardiomyocytes.

Our company will be led by Dr. Harsha Devalla, who has extensive experience in cardiac and stem cell biology. In addition to a business development team, she will be supported by a stellar scientific advisory board consisting of clinical experts and basic scientists.

The first focus of Anya biotech will be screening promising druggable targets and identifying interventions to effectively modulate the target with approaches as RNA delivery. To take our venture to the next step of developing lead compounds/therapies, we will work with experienced CROs and/or with pharmaceutical companies that have expressed interest in our technology. Besides in house development efforts, we will also actively pursue co-development opportunities for other cardiovascular indications.

To achieve the first milestone of generating validated molecular targets, we require a funding of 3 million Euros. Based on similar deals, we expect revenues in the form of upfront payments, milestones and royalties staring in year 5 from our partnership programs and year 8 from our in-house drug development pipelines. 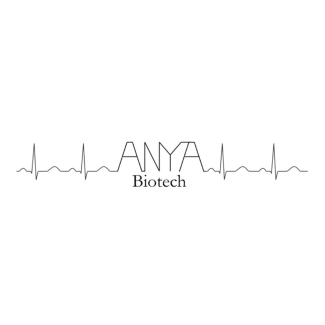