Morbidity and mortality associated with drug-resistant bacterial infections present a major problem for healthcare providers worldwide. Antibiotic resistance is now spreading globally at an alarming rate and currently results in 25,000 annual deaths in the US alone with similar mortality rates in Europe. Despite growing concerns, therapies to combat drug-resistant pathogens are few and far between. Karveel Pharmaceuticals has discovered and patented a new class of antibiotics that effectively kill Gram-positive bacteria, including drug resistant pathogens, via a new mode of action unlike that of any current clinically used antibiotic.

Karveel’s lead compounds are based on nisin, a potent antibacterial agent produced in nature by strains of Lactococcus lactis. While nisin is safe for human consumption, it is not suitable for use as a clinical antibiotic as it is rapidly degraded and deactivated in the body. Due to its poor in vivo stability nisin has instead found a role in food preservation. Given its unique mode of action, researchers at Synamp have developed a “better nisin”, with enhanced stability and proven activity against a broad panel of Gram-positive pathogens, including drug-resistant and difficult to treat strains such as VRE, MRSA and Clostridium difficile. Synamp’s lead compounds operate via a new mode of action which importantly involves targeting a specific non-protein bacterial cell wall component making stable resistance to these antibiotics more difficult to develop. 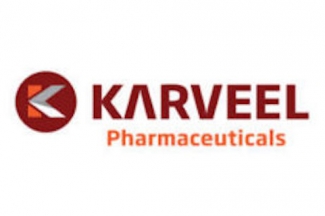