Chronic kidney disease (CKD) is a great unmet clinical need, covering a wide-spectrum of diseases, commonly denominated by progressive, damaging inflammation of the glomerulus (the filter of the kidney). More than 850 million people are affected worldwide. These patients are at risk of developing end-stage renal disease (ESRD), requiring dialysis and/or kidney transplantation to remove toxins from their blood. To slow the progression to ESRD, currently numerous systemically acting drugs are being employed, which are known for their dose-limiting side-effects. As a consequence, current CKD treatments are often ineffective in stopping progression of the disease from early stage (US$ 15k/patient/year) to late stage (dialysis, US$ 80k/patient/year). The CKD market for the Western world therefore surpasses US$ 200B.

At Mercurna, we are developing a first-in-class therapy to charter this market, based on the identification of a unique kidney-targeting peptide. We have already shown in mice, that this peptide, derived from an endogenous protein, is able to encapsulate and deliver mRNA specifically into the cells of the glomerulus, thereby avoiding systemic (side-) effects. In vitromodels based on glomerular cells proved that from each delivered mRNA molecule several thousands of therapeutic protein are produced by the cells, without the inherent safety issues of other therapies based on genetic information.

Our lead formulation, mCura1, combines our unique peptide with an optimized mRNA encoding for an anti-inflammatory protein and is in our models able to alleviate inflammation in glomerular cells. Based on our results so far, we believe that mCura1 can beat current CKD treatments in terms of efficacy and safety.

Currently, we are exploring a further increase of the efficacy of mCura1 by using a mix of multiple synergistically-acting anti-inflammatory mRNAs instead of a single mRNA (in progress), exploring modifications of the peptide (analogue M1 has twice the efficiency in mice) and further extending the life-time of the mRNA by chemical modifications (in progress). Furthermore, our research has indicated options for application of mCura1 in indications outside the kidney (including but not limited to Asthma, Crohn’s and Eczema).

In the next 5 years, Mercurna aims to develop mCura1 until the end of a combined phase I/II trial (preferred exit moment) for 2 indications, for which we are looking for an investment of € 10M. 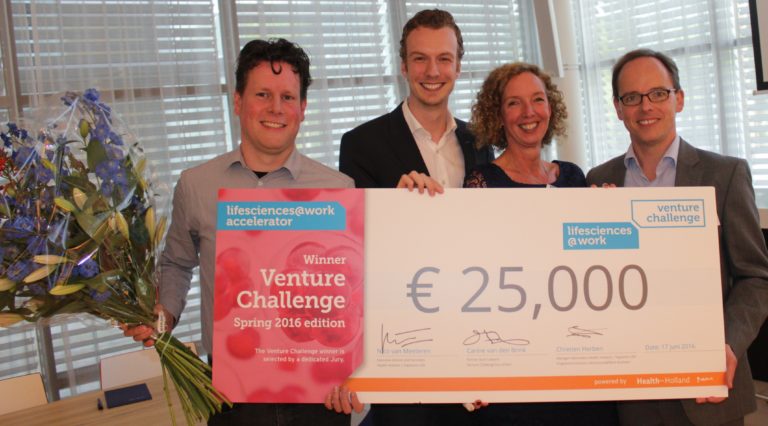